Shekem Dough and Disco in the Sukkah or Mushroom Onion Roulade 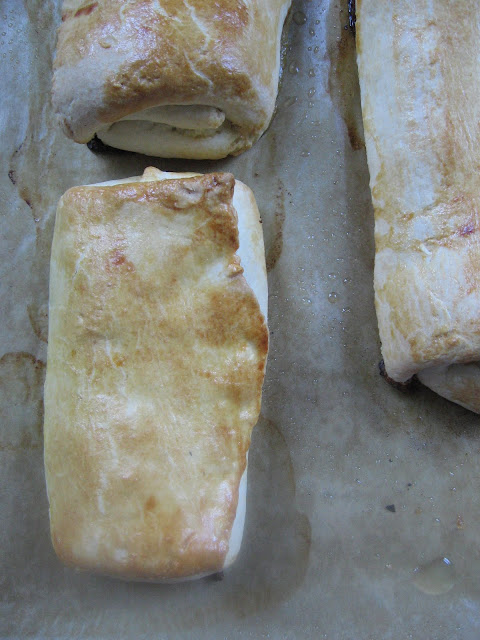 I've been simultaneously working on few posts, couple Holiday posts that are way overdue but we are still in the midst of the High Holidays with Sukkot a week long. At the same time my mind is running in different directions and ideas abundant bouncing around. I have so many recipes I would like to share with you, but at the same time how do I tie them to the Holiday season and cooking for two. I am sorting out through all that and it seems the picture is getting crisper and clearer which at this junction and hazy crossroads is a glimmer of excitement for what lays ahead around the curb. Sukkot, is the Feast of Booths or Feast of Tabernacles. The tabernacles, the dwellings of the Israelites after the exodus from Egypt while wandering through desert for forty years. My memories of Sukkot are, in our relatively small dwelling with an disproportionately large porch, of my dad, with our help, building a sukkah every year in our, did I mention, disproportionately large porch. 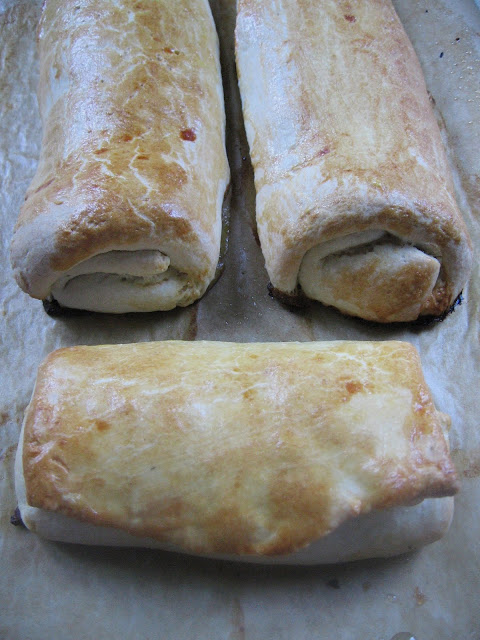 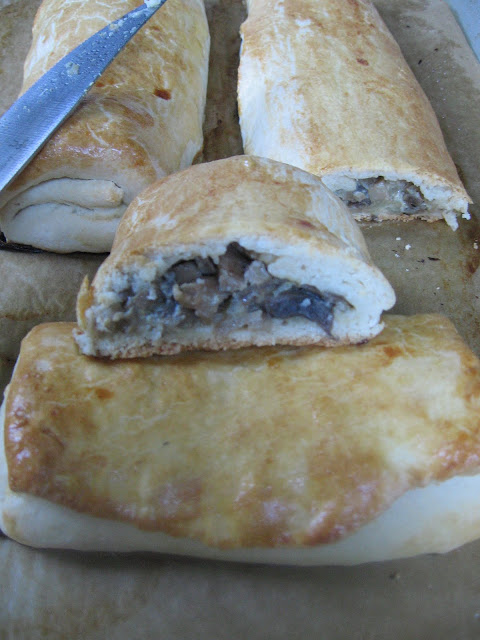 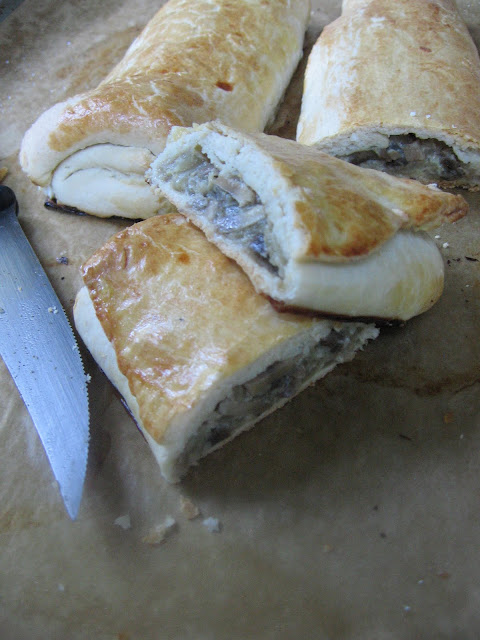 My favorite part of the holiday was the intricate paper cut decorations that unfold like an accordion. I took the task of decorating the Sukkah in all severity while my sisters would grab the occasional favorite celebrity crush poster from our communal bedroom to the Sukkah. The Gibbs brothers of the Bee Gees were big in our tween/teen years of the seventies or was it John Travolta from Saturday Night Fever?! The modern holiday melodies would intertwine with disco in our Sukkah and sometimes busting out in disco moves instead of the Hora. We ate there every day for seven days, I remember the nights were pleasant, cool and breezy, gently blowing feathery light winds through the sukkah covered with palm tree leaves, tree branches, and hay. Even for Israel, I don't recall heat waves those nights at the summer end and there were always friends in and out, mostly of my five brothers and sisters, as my circle of friends was small and tight. I am laughing now as I know I have been a serious child, no wonder I am compensating now with some lightness of the spirit and affording myself some childish lapses of immatureness. Back then we couldn't afford much, especially a carefree childhood as times were tough, but it makes for good stories and romantic notions and not to mention Sagie gets quite a kick out of it! Sometimes we laugh so hard at the memories and suddenly I turn to Sagie and say, as my face yet again takes on all my childhood severity, you know it was not very funny at the time. Few moments of lapsed time and twinkled yet ackward glimpses at each other from the corner of our eyes pass, and then we burst out laughing all over again, diffusing those tensed threads of memories of not affording but at the end gaining so much. As I am turning a culinary corner cooking for two, I posed a hypothetical question on twitter of how do I now cook for two, one twitter friend took my question literally (how could she have known?!) and suggested I halve a recipe or have leftovers. It was a philosophical wandering of my mind, as before I cooked for something that was larger than I. Now a third week into being two and poor Jonathan unconsciously moping around, losing few pounds, might I add I haven't lost an ounce, I am rejuvenated to be back in the kitchen and bring you this recipe with a simple dough called SHEKEM. Shin, Koof, Mem three letters of the Hebrew alphabet. Stands for shamenet which the closest it comes to is a plain yogurt or sour cream, Kemach which is flour but in this dough it's always self rising flour and Margarina which is margarine but you can use margarine or any other option with same consistency, as an acronym SHEKEM. If using regular margarine keep in mind to go lightly with the salt for the filling. Now though no disco in the sukkah, I know I would have served this dish on one of those bygone nights as well as in our today's mythical sukkah, not to mention perfect as a crowd pleaser or just us two with some leftovers. The roulade with mushrooms and onions will freeze well, I've done it before.

Dough Ingredients:
About 7oz sour cream
2 1/2-3 plus cups self rising flour
7oz margarine or butter (can use half salted and half unsalted-I used all salted)

Dough Directions:
Mix 2 1/2 cups flour, shortening and sour cream in mixer (or by hand) with paddle attachment. If dough is too moist add a bit more flour and continue kneading by hand until a soft delicate dough is formed. Wrap in plastic and keep refrigerated until use. Best chilled. Cut dough into three portions before rolling out.
Dough advantages: Can be prepared 3-5 days ahead and kept chilled in the refrigerator. Can also be frozen and used later.

Mushroom Onion Filling Directions:
Sautee onions in couple tablespoons or more of canola oil. Once onions are translucent add mushrooms. Cook for few minutes longer on low medium until mushrooms are cooked tenderly but not all shriveled.  Add a touch of salt and freshly ground pepper. Take off heat and let cool uncovered. Once cool add beaten egg to mushroom onion mixture.

Roulade Assembly Directions:
1. Dust rolling surface with some flour and roll out 1/3 of the dough into a thin rectangle.
2. Tablespoon the filling 1/3 way from the edge of rolled out dough along the wide side in a long strip. Do not spread all the way across leave some space for folding the dough on each side.
3. Do not spread mixture over entire surface of dough.
4. Fold narrow side edges in and then fold bottom and top part of dough to envelope the filling into a roulade form.
5. Beat the second egg and brush top of roulade with the egg wash. Place roulade into an oiled parchment lined baking sheet and proceed to assemble next two roulades.
6. Once assembled bake in a preheated 350F oven for 35 minutes.
7. Serve immediately or at room temperature. You can also freeze roulades. Let thaw and reheat only in the oven not microwave before serving.
Variations: You can assemble individual servings instead of long roulades. Can also use roasted eggplants and other vegetables.
at September 22, 2010
Newer Post Older Post Home
©2009-2020 Shulie Madnick. All rights reserved.