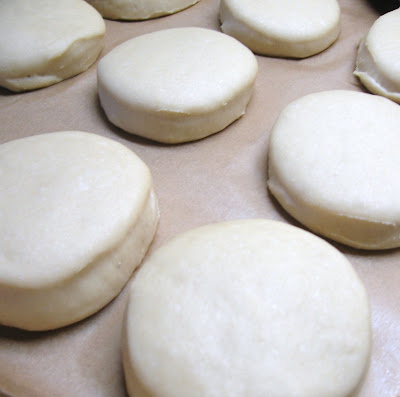 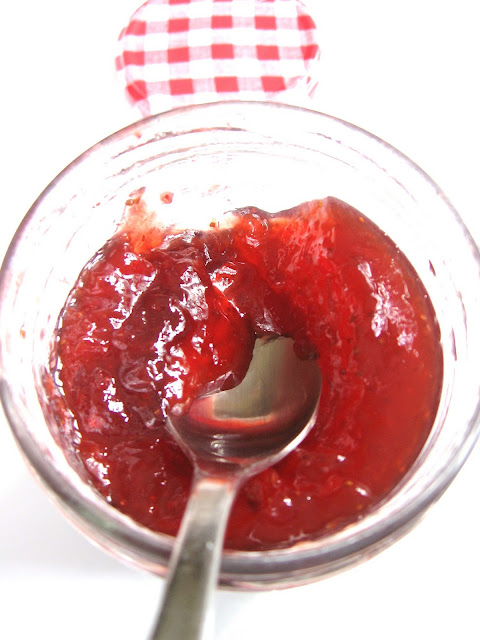 Speaking of the Chanukah's miracle of oil, which lasted for eight days, this doughnut is a Chanukah miracle all on its own. As throughout the last few weeks I pulled many doughnut recipes, familiar and new. I collected many to embark on a doughnut extravaganza this Chanukah! Cider doughnuts I've seen a year ago @DeliciousDish I was planning on making, some other versions of Israeli doughnuts, which the secret is in the dough, strawberry jam and dusting of confectioner's sugar. We had it every morning for breakfast, with a bag of shoko from the little grocer in the neighborhood, as we were running late for school. Bite the tip off and squirt with a bite of doughnut for childhood memories. My favorite shoko is to the right from Kibbutz Yotvata in the Arava Dessert a last rest stop as you drive down to Eilat on the Red Sea.I wished to embark on American doughnut making as well with the hole in the middle, glazed and coconut are my favorite. I've made in the past Moroccan sfinge (svinge) that are tricky but as you get the hang of the forming technique it becomes a 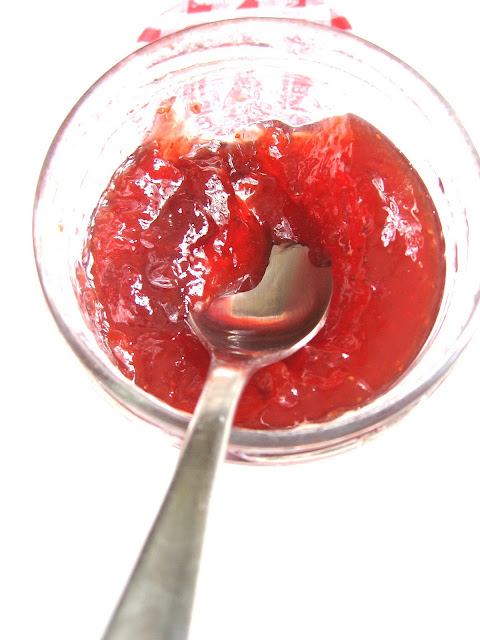 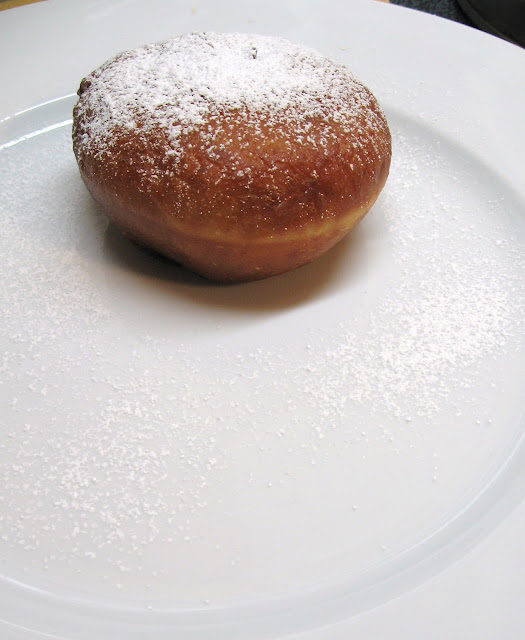 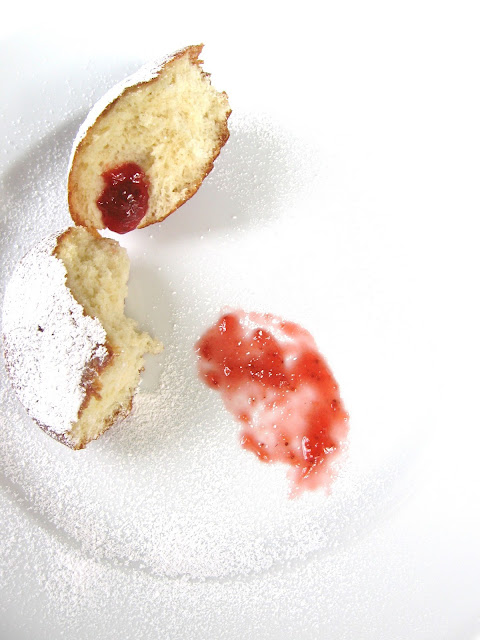 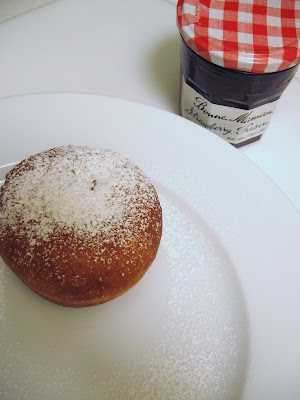 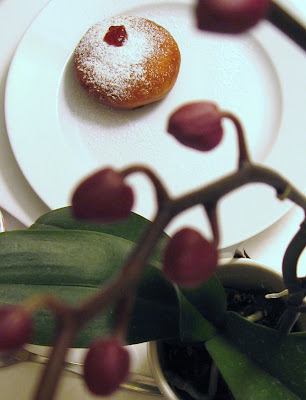 A playful doughnut making. The sfinge (svinge) you coat with regular sugar granules for a different taste and texture. Truth to be told, although I had all these recipes printed, cookbooks and baking books open all strewn in my kitchen and dining room, in reality at most I will try this season maybe one or two of these fried temptations. The Sufganiyot being the second. In anticipation of Chanuka, I made a couple of weeks ago, no yeast pear fritters with lemon and ginger you can find here, a perfect twist to jazz up the holiday. Speaking of fried, intially I saw this baked Israeli doughnut recipe by Ruth Oliver. My eyes sparked, yes can't avoid the carbs but make it low fat. I also started with one recipe and accidently continued with a list of ingredients from another, which at this point affected the amount of sugar. Ruth Oliver's original recipe asked for 1/2 cup sugar and I put in 3/4. Then as the dough is kneaded in the mixer I noticed it's coming together nicely but something was missing that shine of elasticity, sure enough I forgot the shortening. I added it. Sure a recipe for disaster isn't it?! Wait, the comedy of errors is not over, finally I realized I forgot the egg, the dough was already gorgeous, so I broke it with a spatula and added about 4 tablespoons of flour to blend the egg in. Believe me it was a challenge. If you look at the first pic, you wouldn't know, youwouldn't guess, what this sufgniya, the little engine that could, have been through, but it did rise and it was a miracle indeed. When I tasted bits of dough and saw how beautifully they've risen, all bets were off, I was not about to bake entire batch but baked four and fried the rest. Baked doughnuts came out gorgeous, the sufganiyot were perfectly puffed and round, the webbing inside and consistency you could not wish for any better but they tasted like bread, not a sufganiya, so why to bother?! I am happy I did adjust in the spur of the moment and decided to fry. It was very rewarding as you can see from the pics and I can attest to the taste.
Domenica Marchetti's Big Night In Giveaway is still going on. Please click here to enter.
Sufganiyot - Israeli Jelly Doughnuts
Makes about dozen plus
Ingredients:
5 Cups flour
1 3/4 Cups lukewarm milk
3 packets (3/4 ounces total) active dry yeast
1 Stick melted margarine or butter, cooled down
1/2 Cup sugar (I used 3/4 cup)
1 Egg 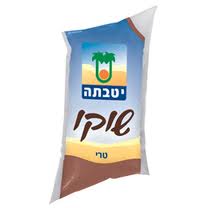 For serving:
Strawberry jam for filling
Confectioner's sugar for dusting

Directions:
1. Mix all dough ingredients in a mixer with a hook attachment and knead in mixer for about 10 minutes until a dough is formed and smooth. Form into a smooth round, cover with a kitchen towel and let rise for half an hour or until dough doubles in size. I set it up on top of unheated stove top, when oven underneath was heated at 350F to create the perfect environment for the dough to rise.
2. Knead the dough a bit after doubling its size and roll dough with a rolling pin into 2cm/about .8 inches thickness.
3. Using a 2 inch round cutters form round doughnuts from dough and place on a parchment paper lined baking sheet. You can also shape them by hand to size desired and you won't have scraps left over.
Note: Flouring surfaces prior to rolling out and flouring parchment paper is suggested in many other recipes. It makes it easier to work with the dough, although I did not flour at all.
4. Cover dough rounds with a kitchen towel and let it rise for another 1/2 hour in a warm place. See suggestion in first step of directions.
5. Oil should be at 350F for frying with a flat spatula to transfer doughnuts to a 2-3 inch deep oil in a fryer or a pot. Fry on one side until golden then flip and fry until golden brown on flipped side. Remove from oil with a slotted flat spatula into a paper tower lined dish.
7. Let it cool. Fill a piping bag with jam and fill inside of the doughnut. In Israel we used to fill it with a (clean, of course) syringe. Dust with powdered sugar and serve!!
*Note: If environment is not a ideal, rising can take up to two hours.
at December 02, 2010
Newer Post Older Post Home
©2009-2020 Shulie Madnick. All rights reserved.