When I have ice cream for breakfast and lunch, instead of a regular balanced nutritious meal, yes, it must mean I went bananas, but also that this ice cream must be sinful. Just when I thought that a couple days ago I had made the best Vanilla Cardamon Ice Cream, and believe me it is, I am bringing these two out of order, in reverse. The latter Madagascar Vanilla Bean Banana first and the former in a later post. I am convinced the Madagascar Vanilla Bean Banana Ice Cream is the best ever. This batch is incredible, probably better than any I have ever had, banana or otherwise. 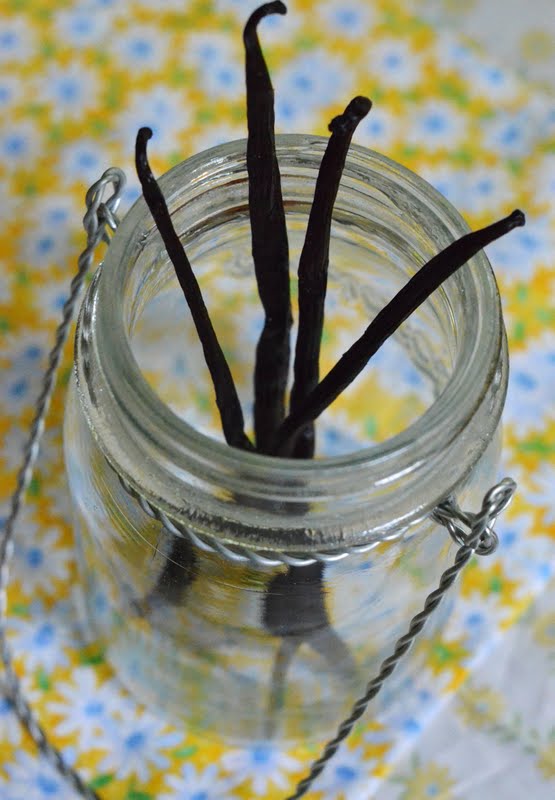 I was out, but Jonathan told me, that Sagie שגיא and his friend John came by and snuck some ice cream  before heading out to watch the US Women National Soccer Team in the World Cup Finals at Grevey's. They apparently were raving about the ice cream. It was dangerous to tell me on the cell while I was driving.

With ripe bananas on my hands, I didn't feel much like making banana bread. I was mostly concerned about the bananas oxidizing once they are mushed, cubed or sliced. I didn't feel like adding lemon to the bananas to prevent them from discoloring. It would completely change the flavor, not to my liking. So I put a question out to my twitter friends asking how to avoid discoloring.
@thebravetart, @FarmgirlGourmet and @GuiltyKitchen came to the rescue with links and suggestions and @HungryRabbitNYC also joined the fun and of course had to ask what Stella's banana booze of choice to add to ice cream was? Stella said to me "you can get a shot of banana liquor, all the better, but no harm no foul if you can't. :)" and to answer Ken's question she added "I've used Peel's Bananacello and 99 Bananas with good success. Prefer the Bananacello though." Now while I don't like booze in my ice cream with the exception of rum raisin, I know I am in the minority in this matter, so feel free to use it in my recipe or the ones by Stella, Heather and Elizabeth linked below. 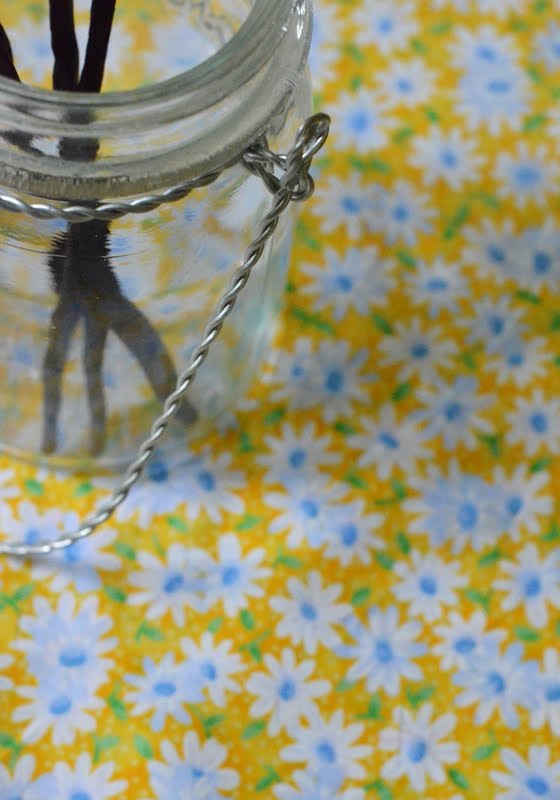 Stella had a couple of incredible suggestions that made this ice cream so successful. She suggested slicing the bananas and steeping them with the vanilla bean and ice cream custard base overnight, then straining the entire mixture the next day with no solids to be seen in sight. I mashed the bananas through the sieve, didn't want to lose any bit of their essence. The ice cream is pure perfection!

My goal throughout this past year of playing with my ice cream maker is to achieve a consistency, texture and flavor (sweetness balance mostly) that appeals to me. I reached a conclusion that 3/4 cup of sugar for ice cream  is spot on, though for sorbet I use less. Throughout my experimentation I upped the egg yolks from 4 to 5 and after whisking on low medium heat for 10 minutes the milk and yolk base becomes a beautiful custard. I also like my ice cream a bit airier so although the motion of the ice cream maker whisks air into the ice cream mixture while churning, I wanted to give it a further lift and beat the whipping cream prior to incorporating it into the custard base. I think it makes a difference, but not an absolute necessity extra step.

The bananas add some creaminess but mostly liquids (water) to the base. In general I like my ice cream a tad lighter so I use 1 cup whipping cream to 2 cups milk, but by all means use 1:1 ratio (1 1/2 cups milk to 1 1/2 cups whipping cream) like in my coffee ice cream post. The texture will be even richer.

When the lovely Abby Dodge announced her first #baketogether challenge Chocolate Truffle Tart – YOUR WAY somehow I translated it into The Accidental Chocolate Pudding, which incidentally is a great rich chocolate ice cream base. I was way off base. When the second challenge Summer Strawberry Sorbet ~ YOUR WAY #BakeTogether came around I was more in line and turned in this post. So happy to be part of this great virtual community #baketogether or as I call it this time #churntogether.

Whisk egg yolks in a separate bowl. When you see bubbles appearing around the edges of the pan pour a couple small scoops of milk into egg yolks while whisking to temper egg yolks. Add the yolk/milk mixture into the milk pan and continue whisking on low/medium heat until a light custard is formed. This process takes about ten minutes.

At this point take custard off the heat and let cool. You can add the whipping cream at this point to the pan. Add the sliced  bananas and after cooling let it steep in the refrigerator overnight.

Next day strain through a sieve. Mash the bananas through the sieve until all of them strain through. Discard the vanilla bean and churn in ice cream maker as directed by manufacturer. *(see note below) Takes about 20-30 minutes to reach soft serve consistency. Scoop into an ice cream container with a tight lid and freeze for at least a few hours or until solid before serving.

What I do: I whip the whipping cream into a soft peak the next morning. I do not add it unwhipped into custard before going to steep overnight. Then I incorporate whipped cream into strains milk/vanilla/banana custard base. Then proceed to churn according to manufacturer's directions.

*Note: I am posting this note on 7/28 I made a second batch of this ice cream this time, the next day I tossed away vanilla bean, liquified mixture in a Cuisinart, strained mixture, added the whipped cream, mixed well and churned.
Related links:
Stella's Vanilla Bean Ice Cream + Variations · GF vanilla base for banana ice cream.
Heather suggested omitting the cinnamon and using her Cinnamon Ice Cream - My Father-in-Law's Fave! as a good base.
Elizabeth linked to her Banana Bread Ice Cream.
Thank you girls for bouncing off ideas and the discussion.
Extra special bonus link by Marnley out of the Caribbean Beat the Heat #3 - Banana Ice Cream.
at July 18, 2011
Newer Post Older Post Home
©2009-2020 Shulie Madnick. All rights reserved.