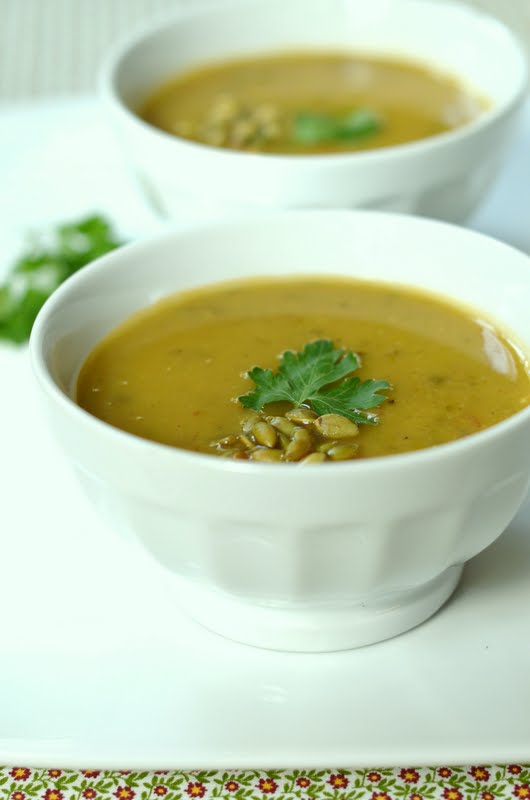 When I posted New Year's Eve Table, Yellow Split Peas Soup with Pepitas back in January, 2010, I wanted to give a twist to the staple green split pea you will find in our home and use yellow split peas instead and dress them up with some crunchy pepitas. Although this is an identical recipe, I wanted to include in this post some information on split peas, how we are shifting our diet slightly, on cravings, and an open discussion on allergies. Along the way I am including some photos from my new camera. 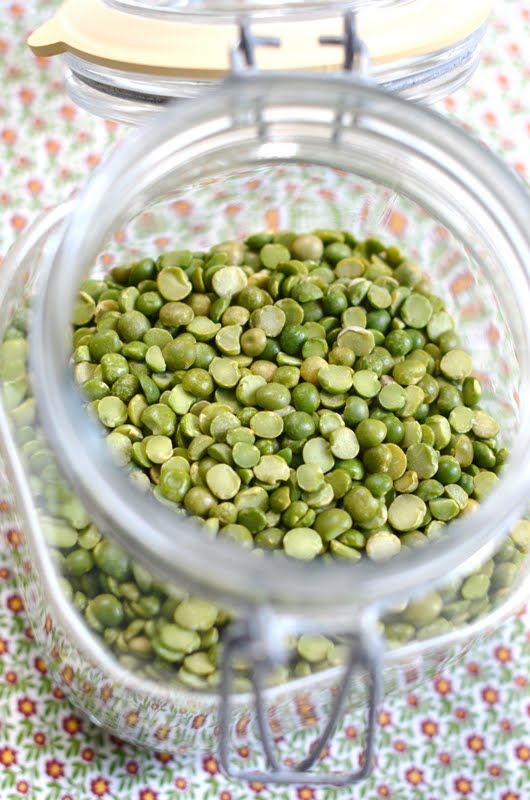 On the subject of shifting our diets, now that Sagie is eight hours away, back at school, and not at home craving those juicy steaks, our diets are somewhat lighter. Shifting diets. Kids his age, actually men, exude so much energy in sports, exercise and maybe some are still growing that they crave that meat protein and iron. Maybe simply it's just the comfort of meat and potatoes altogether?! Maybe it's inherited as I craved steaks and hamburgers during my pregnancy, out of character for me. Even today, I might just taste two strips from the boy's plate, the well done edges, and think why do I even bother to eat those calories?! Do not get me wrong, once in a blue moon I do crave steak and I relish it, though I do not like to see any pink speckles in it. 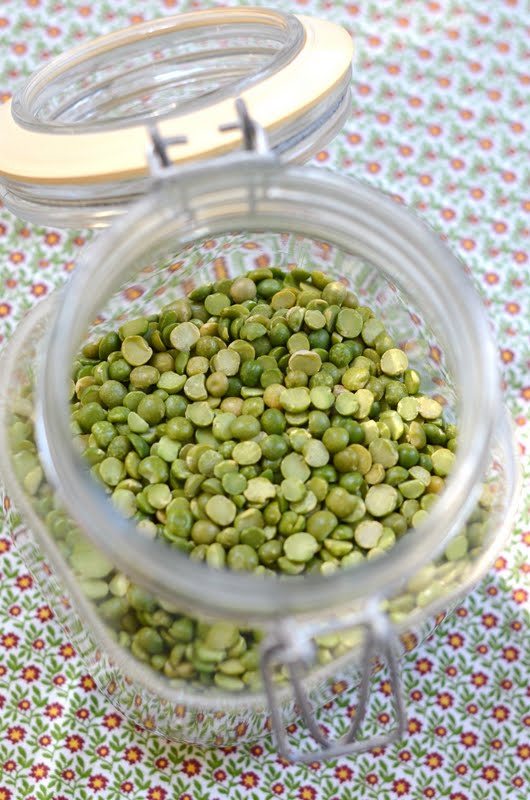 Oddly enough I craved steaks when I was pregnant, along with familiar childhood flavors reincarnated in Ben and Jerry's pistachio ice cream. Here is another theory for you, maybe that explains Sagie's lesser allergy to pistachios versus other tree nuts. Now that the school of thought with allergists is shifting from total elimination to introduction of allergens, my theory is completely plausible. 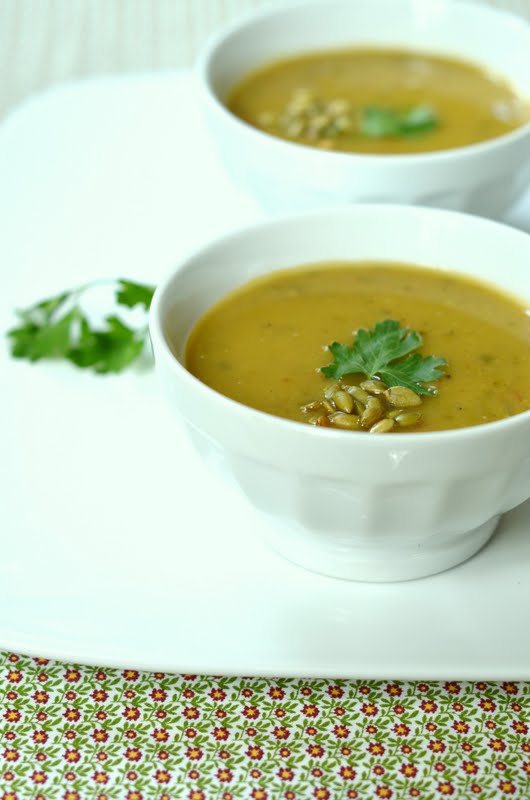 One can also grow out of one allergy only to develop another. I regret not breast feeding. Our pediatrician recommended a soy based formula to feed our baby. At age two we realized the eczema was related to soy allergies. Go figure, was it the egg or the chicken that came first?! A predisposition to allergies that triggered the soy allergy or the soy based formula that triggered this particular allergy. While he grew out of soy allergy, only to develop allergies to eggs and all poultry, then grew out of them. While all along having severe allergies to tree nuts, kiwi and shellfish that could result in an anaphylactic shock. Throw into the mix environmental pollen and dust mite allergies.
I could write a book or two on this subject matter, on allergies and on medicines prescribed for allergies that do not sit right with your child. Medicines can make you drowsy and alter your behavior among other things. One allergist made me feel it's all psychosomatic on my part, that I was an over hyped, overly protective mom, detecting non-existent issues. I did question and doubt myself, is it really all a figment of my imagination?! Mind you I was sleep deprived, due to soy and dust mites allergies resulting in eczema and extreme discomfort. My intuition and proof in our daily life said otherwise, raised many red flags, that I was right. Only to be validated later on, when switching doctors, that some medicines do not cross over to the brain and affect your every day life. It is evident that medicine is ever evolving and common sense, doctors' advice and parents intuition all have a part to play in decision making.
I agree with many writings that an increased number of people with allergies might be due to increased pollution and other man made environmental hazards, but it's also true that some allergies are hereditary. I have them and they run in my family. I found it appalling reading a recent article by a well known writer who had a dismissive attitude towards allergies, claiming they are more common nowadays because of the hermetic, super sanitized lifestyle we are leading. This is the most irresponsible statement I have ever read not to mention ignorant and dangerous! Only when we covered our mattresses with allergy covers and had air cleaners in our bedrooms did life with dust mites become bearable.

In our case we adjusted our nutrition, not only to avoid certain allergens, but also I, as a mom, at the time, to a two year old kid with extreme allergies, started thinking about artificial color and ingredients, pesticides and organics. Shifting diets. Which brings me to the protein and fiber rich split pea.  You can read more about its nutritional value here. This soup is wide spread in Israel, or at least in my ethnically diverse circle of friends, but somehow we all make one version or another of this green split pea soup. Again the recipe: New Year's Eve Table, Yellow Split Peas Soup with Pepitas.