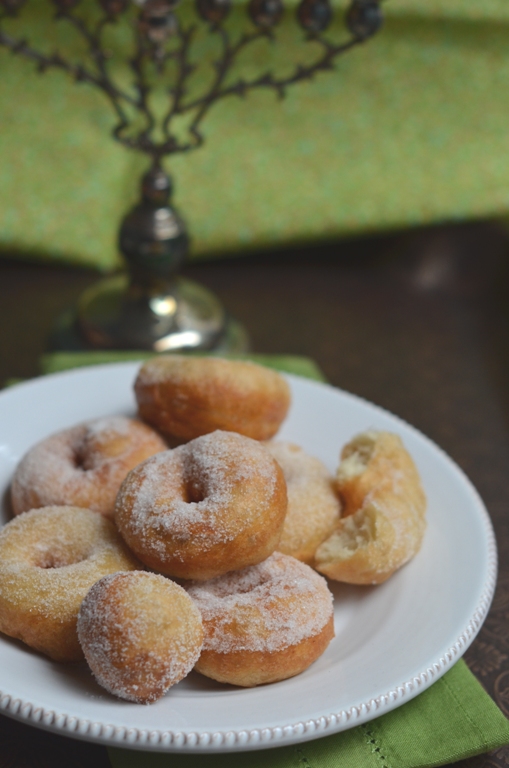 A small, humble, working class neighborhood in Ashdod along the Mediterranean Sea in Southern Israel I called home ever since I was in third grade. Ashdod was known to be the second largest seaport in Israel, after Haifa, with many white weeping broom** adorned sand dunes now gone, remains a distant, nostalgic memory of mine. The sea, a deep blue and glistening turquoise as ever, breathtaking as you drive, and it suddenly appears just around the bend, as you pass the mall, built over my childhood soft sand dunes. The sight of the Mediterranean appearing in its full splendor always makes me gasp in delightful surprise, the beauty indescribable. I am weary of the sea but awe inspired at its powerful beauty. 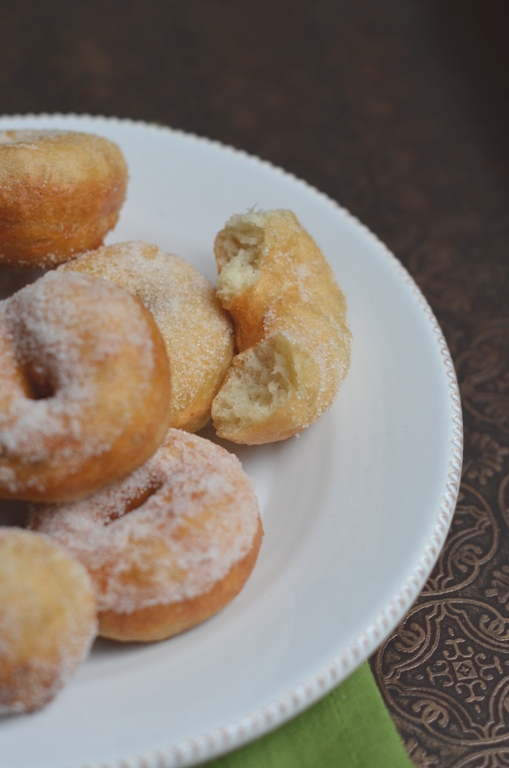 A small grocer, in the middle of a rundown concrete strip of three stores, just steps away as we walk down from our second story apartment. A Moroccan synagogue nearby housed in a similar concrete structure, with worshippers putting on tefillin every morning and just before sundown. As I rushed every morning late to school, I stopped by the grocer to pick up a sufganiya, this one an Israeli doughnut, and shokko besakit, chocolate milk in a small plastic bag, in hopes that he didn’t run out. It was my breakfast growing up. Today a visit to Israel will never be complete if I don’t have my dose of Sufganiya and shokko in a bag at least once. Today a sufganiya every morning in Israel is hard to come by, but plenty around the holiday. Not only my favorite, the plain old classic filled with strawberry jam and sprinkled with powdered sugar, but many fancy ones filled with lychee and coconut creams, as bakeries mushroom all over and creativity is abundant. 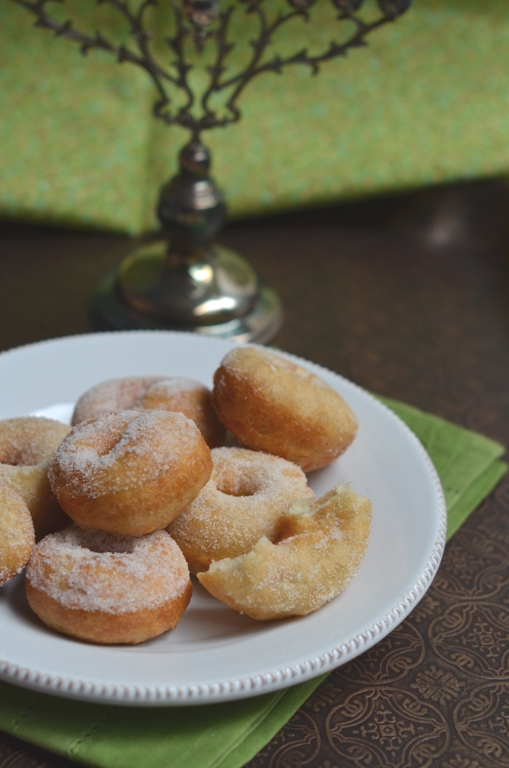 Laundry lines with clothes pins holding mismatched bed sheets wavering in the wind. If I look at a distance I see the same laundry lines drying not clothes but apricot color sheets of fruit. The Georgian neighbors had a specialty they introduced when they immigrated to Israel in the early 70’s, from the former Soviet Union, of fruit leather. Fruit leather drying on laundry lines was surreal just like the Indian Jews tropical coconut and mangoes were too exotic and foreign to Israeli palettes, but I favored the apricot leather over the other flavors, which my only Georgian friend brought to school as a mid-day snack. 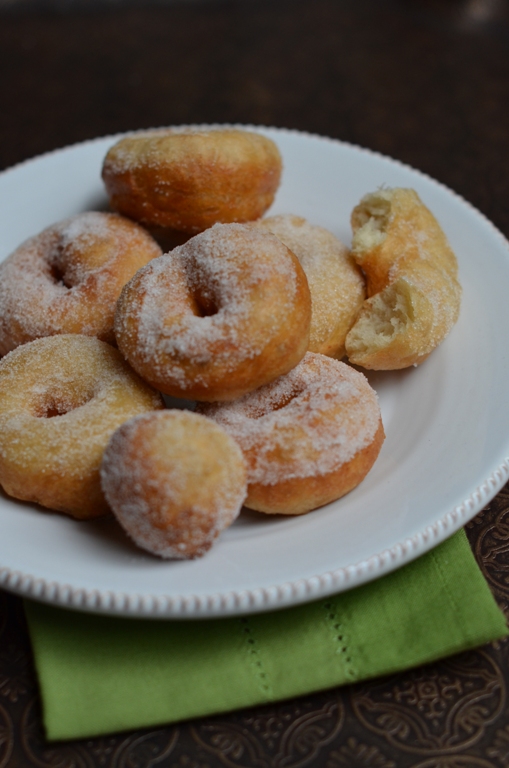 North African neighbors from Morocco, Algeria and Tunisia with multiple versions of couscous, Indians with our curries and every day rice, an Egyptian family quiet and private and the Georgians with their multiple fruit leathers. A melting pot of Jews lived mostly in harmony, with the once in awhile loud disputes, disagreement and rivalries. Often over minor mishaps like accidental dripping of murky water, from washing floors above the neighbor’s clean dry laundry downstairs. 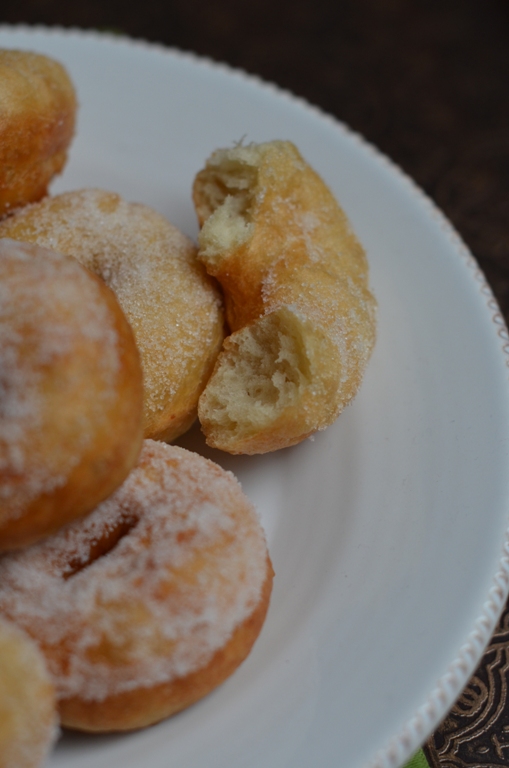 There was not much fusion of foods as we know it today but more of carrying on of each individual ethnic group’s kitchen traditions. While my Moroccan friend was spending time at my mother’s kitchen learning the intricacies and art of making an excellent curried chicken, I learned from my friends how to make couscous and in turn sfinge, a Moroccan doughnut.

These doughnuts are egg and dairy free with large air bubbles, spongy yet slightly crispy outside.

Directions:
Add the flour, water, yeast, water and 2/3 cups of sugar to a mixer attached with a dough hook. Mix then add the salt and continue kneading with the dough hook for about five minutes. The dough will be very smooth but will appear wet, that is fine. Cover the bowl with plastic wrap and let rise in a warm environment for an hour or until dough doubles in volume.

Since the dough is wet, deflate the dough and punch the bubbles out of the dough with a rubber spatula and let rise again, covered with plastic wrap, in a warm corner for an hour or until it doubles its volume.

Heat up 1 1/2-2 inches deep oil in a large surface pot on medium heat. To test the temperature of the oil, put a small piece of dough in the oil and if it bubbles gently around the dough, then the temperature is perfect. If it bubbles to a golden/brown too quickly, turn down the heat to low. If it doesn’t bubble, let the oil heat up further on medium and test again.

Take a golf size ball of dough and with slightly oiled fingers, invert it and pinch the seams and gently roll in between your palms into a smooth ball. At this point you can fry the doughnut balls to get small doughnut holes. This method is easy. Another method is to proceed to the next step.

Fry immediately for about two minutes on both sides until lightly golden. Drain on paper towel and dip in granulated sugar and serve warm immediately* (see cook’s note below).

Variations:
Sugar simple syrup: Make simple syrup. Heat up 1 cup sugar : 1 cup water on medium heat until sugar is dissolved. Dip doughnuts in simple syrup immediately after drained on paper towels and serve. After dipping in syrup you can also further dip into sugar and serve. Shh don't tell but you can also dip it in chocolate glaze.

*Cook’s note: These doughnuts can be made at the most two hours in advance but would need to be reheated in the oven at 350F for 10 minutes. They are also fun to make on the spot as the guests are gathered around in the kitchen.

**White Weeping Broom: Thank you Sarah @foodbridge for coming to my rescue in finding the name of this species in English.
at October 18, 2011
Newer Post Older Post Home
©2009-2020 Shulie Madnick. All rights reserved.