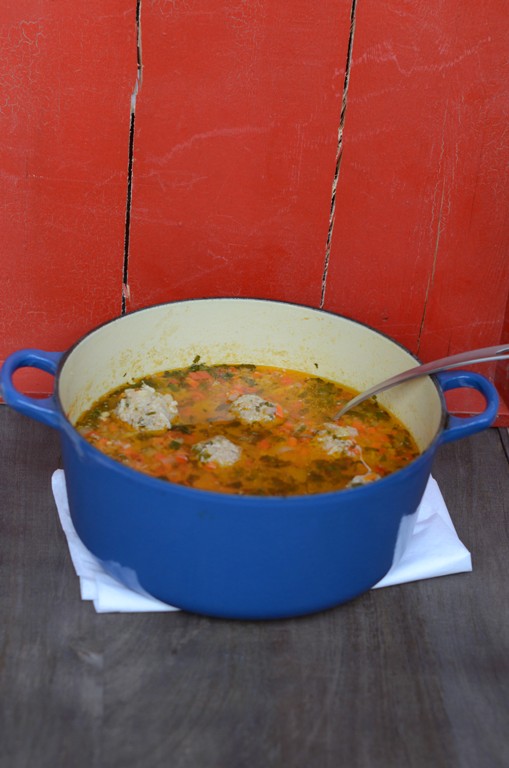 It felt like spring today and I spent it mostly outside picking up debris and sweet gum balls in the backyard. The birds were chirping bright and early, just before the crack of dawn, building a nest just outside our bedroom window sill. The daffodils are full of buds almost bursting with flowers and the mossy grass is speckled with glory of the snow blooms. Nature is coming alive, entirely confused. 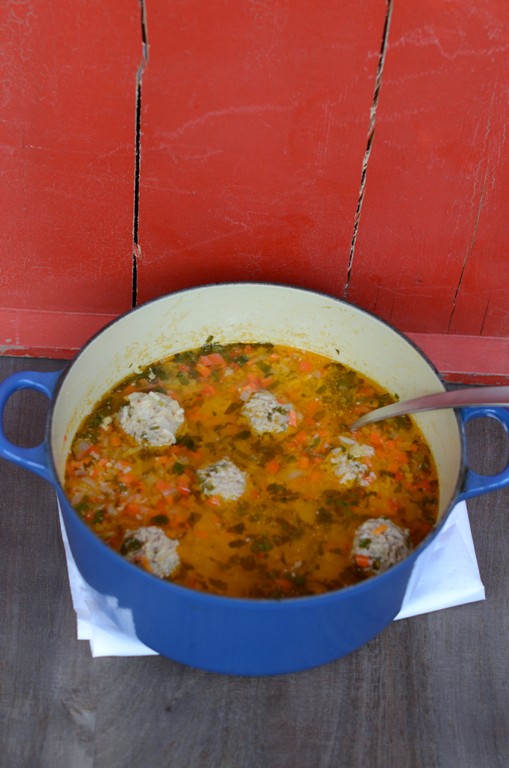 I soak up the rays and warm weather outside like a solar panel to refill my depleted energy and rejuvenate. It makes me simply happy. But, wait, I am not ready to bid farewell to comforting winter dishes that warm and nourish me inside. Dishes I make when I hibernate.

Hibernation took a meaning of its own this past couple of weeks as Wizard isn't feeling too well. I run late to meetings only to return to an anxiety ridden crated poor pooch. The purest soul is getting old. I spoil Wizzy rotten, but as much as I love him, I welcomed the three day Presidents' Day weekend. I was out of here, gone! Jonathan on the other hand cherished just being home, watching the dog, catching an Arsenal vs Sunderland live match even with the heartbreak of not making it to the FA Cup, and doing some chores around the house.

If you told me while growing up that I would taste, much less cook, Romanian dishes, when I am an adult, I would look you with an intent gaze, and then in flash, contort with flailing arms, squirm, shudder my shoulders and wrinkle my face in disgust. I would then look at you with a half smile and almost burst out in hysterical laughter at my overly dramatic display.

While one of my good, not best, friends growing up was Romanian, I never had a meal in her house. Her parents were decent enough, nice people. Years later in my 30s I discovered they liked me a lot. It was a utilitarian household, curtains always drawn, dark. My friend's room was the only sunlit room in the house. Sometimes we muddled it with rings of smoke from cigarettes she would sneak into her house. I had my first puff followed by a violent cough in her room. She was an only child.

Maybe the mood was reminiscent of the Eastern Block, Communism, Nicolae Ceausescu and food rations they left behind in Bucharest, but couldn't quite shake off in the new home they made for themselves in Israel. Lack of sharing food might have been a necessity, a habit, but we always considered it as cultural. Polar opposite to my own Indian and my friends' North African cultures, open with wide arms.

I came to love and appreciate Balkan cuisine, for the most part, later in life. Earlier in life I was enamored with Bulgarian Marzipan and cheeses and Greek Salad. Today I share with you my winter long obsession with a Romanian style soup, Chorba (Ciorba). A variation of this soup is made in other Balkan nations. A surprisingly light but filling meatball rice dumplings soup with a tinge of sour, lemony notes.

In a deep heavy pot, heat up the oil, add the onion, carrot, bell pepper, jalapeno, parsley and celery roots and saute on low medium heat for 10 minutes. Stir occasionally. Add water adjust for salt and bring to a boil. Reduce to low, medium simmer.

In a large bowl, add all meatball ingredients except the rice, and mix well by hand. Add the rice and incorporate gently into meatball mixture. Drop small, not too tightly formed, meatballs into the simmering soup. Add rice and cook for 15 minutes and turn down heat to low medium.

Add cabbage, sprig of fennel and lemon and continue cooking for 10 minutes longer. Serve hot with a slice of fresh bread.

Cook's note:
Original recipe asked for salt pickled cabbage with fennel or a sauerkraut with fennel which I didn't have, so I used cabbage, lemon and fennel instead to achieve a similar effect.
at February 22, 2012
Newer Post Older Post Home
©2009-2020 Shulie Madnick. All rights reserved.