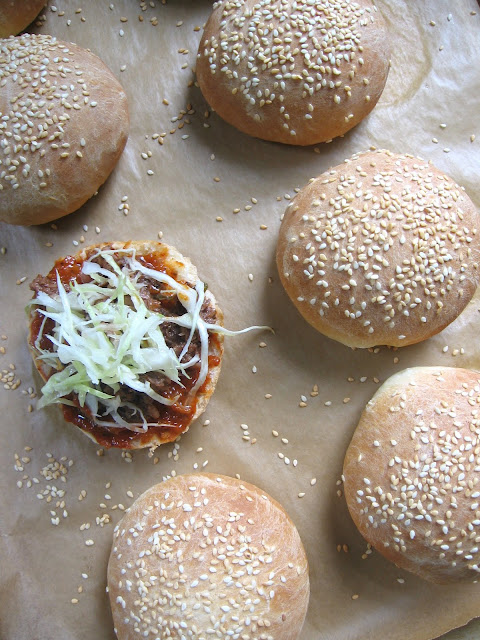 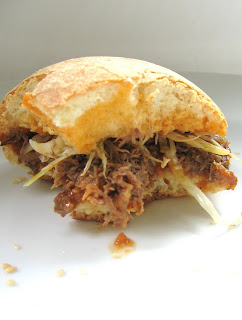 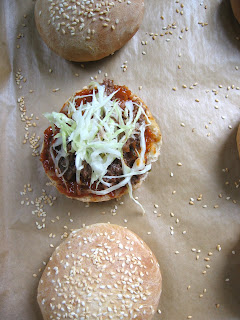 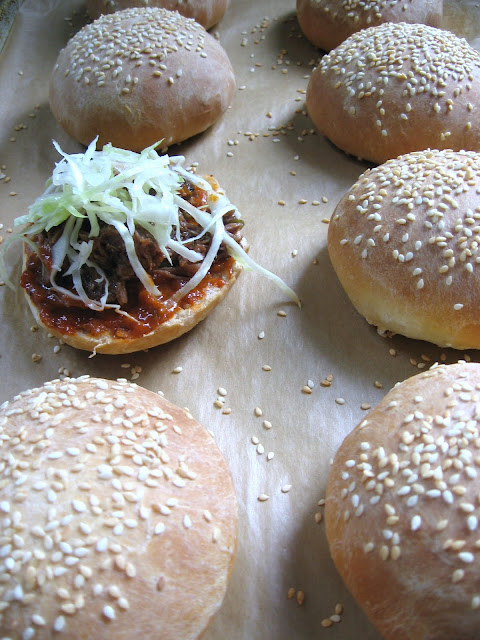 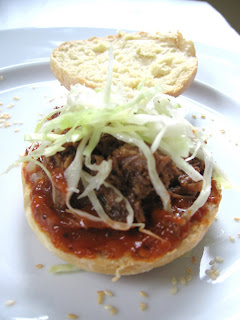 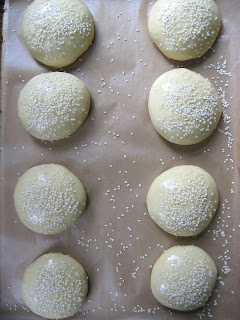 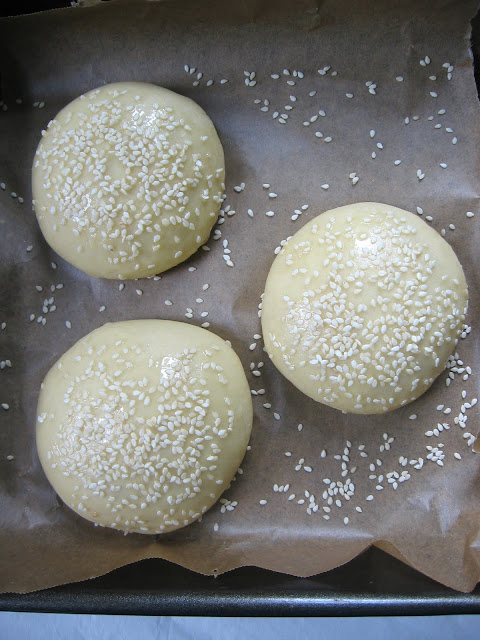 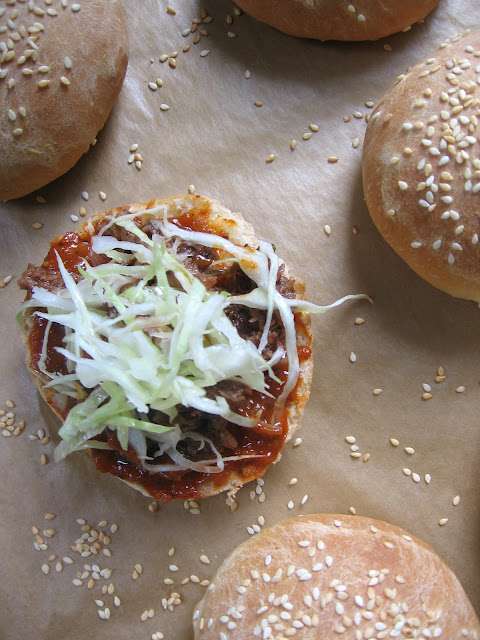 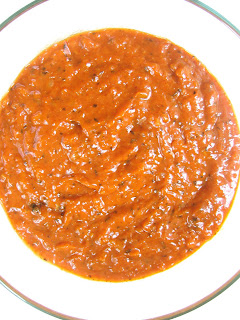 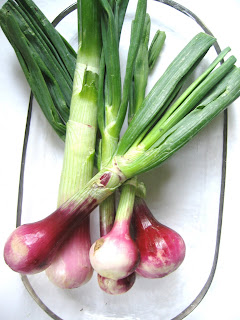 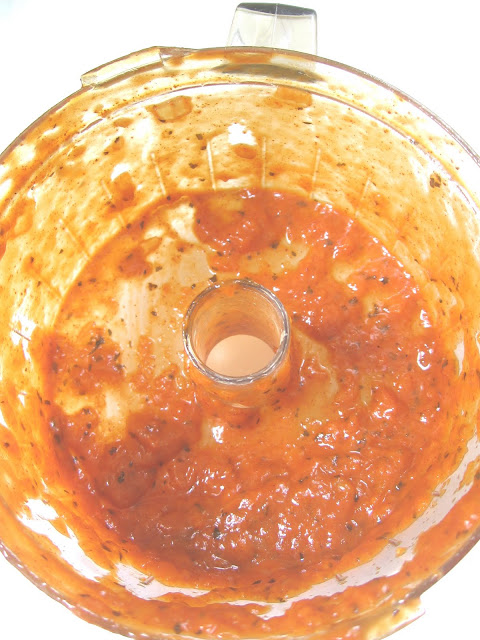 I remember last Memorial Day weekend lots was happening. Funny how a year just flew by! This weekend I was determined to make a good ole' American BBQ. Over the years I made handful attempts at BBQ sauce but nothing that wooed me much. This a.m. I tweeted and asked for some of your favorite BBQ sauce and hamburger bun recipes and hit the jackpot!
Thanks to @SueonFood for her tweaked James Beard Most Amazing Barbecue Sauce. I didn't really quite measure the onions so I suspect I used more than two cups. I also added a few more dashes of cayenne and an extra teaspoon of Tabasco. I used juice of a whole medium lemon for more acidity and used sugar in the raw instead of brown sugar. Jonathan and Sagie were raving so much at dinner time that when Sagie asked if it's my original recipe, for a split of a second I paused before answering. :)
@bigbearswife sent me a recipe for some The BEST Hamburger Buns. Thank you so much!! These buns came out so delicious. The dough needs a little more liquid, about one cup of water, to reach the right consistency. Also, you need to brush with an egg wash not oil in order for the sesame seeds to stick. I made the buns smaller, for beautiful mini sliders presentation.
I coated the chuck roast with cracked black pepper and some salt, seared it in couple of tablespoons of canola oil in a dutch oven. Covered it with chicken stock. Added couple of carrots, couple of bay leaves, couple of smashed garlic cloves, two medium tomatoes whizzed in a food processor. I used all the onions I had for the BBQ sauce so I used two of the purple stalks you see in the photo. Parsley, two celery stalks and leaves. Brought to a boil and put in a 350F oven with a lid on. Added four tablespoons of the BBQ sauce and baked uncovered for an hour longer. I took the roast out, shredded it, added some of the juices from the pan to keep the shredded beef moist and added some more of the BBQ sauce into the shredded beef. Taste as you go.
To serve: Cut the bun in half, spread some of the BBQ sauce on the bottom bun, add shredded  beef and top it with shredded cabbage salad, mildly mixed with a touch of canola, lemon and salt.
I would also like to thank @aggieskitchen and @RJFlamingo for helping out and tweeting me some BBQ and buns recipes. Saving them for next batch girls!
at May 27, 2011
Newer Post Older Post Home
©2009-2020 Shulie Madnick. All rights reserved.