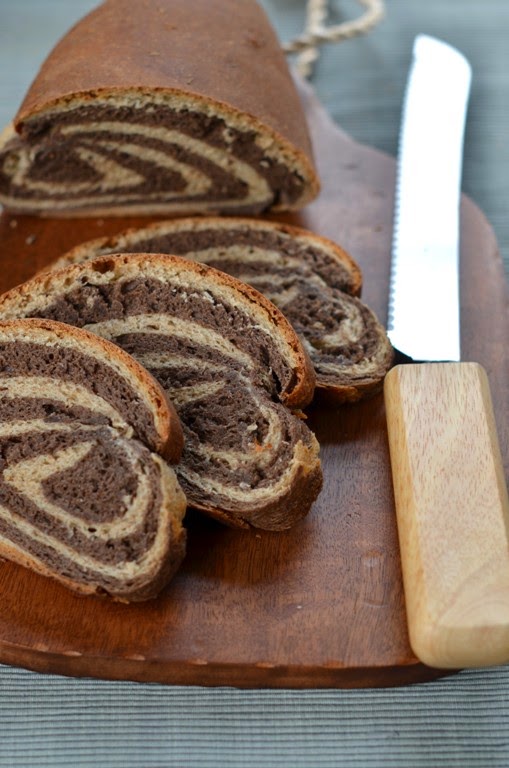 I am happy to be professionally collaborating with Red Star Yeast in 2012. I will be documenting my baking adventures and hopefully sharing some useful information on baking with yeast in this series. As you know, from the multiple challahs, babka and yeast doughnuts on my site, I love baking anything with yeast. It's addictive, therapeutic and delicious.

As I was looking through Red Star Yeast's recipes online and contemplating which bread to feature first, I came across the Shelf Life and Storage: Dry Yeast in the Tips and Troubleshooting section. I realized then, I don't let the dry yeast stored in the refrigerator come to room temperature, prior to using, as advised. That might explain one of the reasons why sometimes, not often, my breads in the past failed to rise. Luckily most of the yeast I store is in the pantry but some packets somehow make it into the fridge. 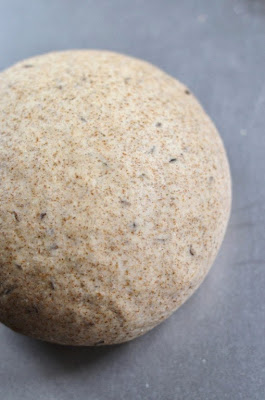 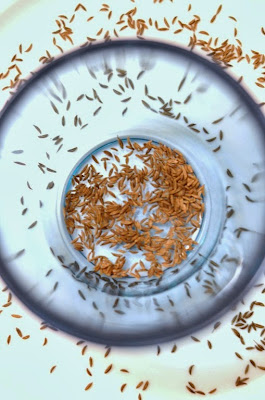 Rye bread to inaugurate the series was a natural choice. I got more curious and dived into the baking books I have in my collection for comparison, additional techniques and methods of shaping marbled rye bread. In Peter Reinhart's Artisan Breads Every Day, there are a few methods of shaping bread, one is called, 'bull's eye method.' 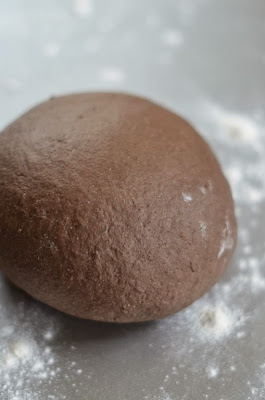 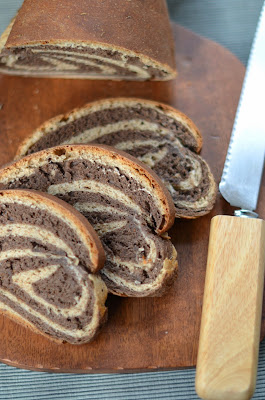 A common saying in Alaska is "eggs on rye," an expression to describe something delicious. Speaking of delicious, I got to have rye seeds in my slices, but that is my personal inclination and preference. :)

I was surprised and delighted at how authentic the results were. My son said 'mom you could open a deli.' I will share a couple of ways I served this rye to my guys in a separate post aside from this series.

Important baker's notes:
I used only 1 1/2 teaspoons of salt instead of 2 teaspoons. I also found that when adding the last 1 cup of bread flour, I only needed 3/4 cup. A total of 1 3/4 cups bread flour and 1 1/3 cups rye flour. Make sure to pinch the seam of the dough and tuck it securely at the bottom of the loaf. It took my loaves only 40 minutes to bake, but ovens vary. I didn't use bread loaf pans. I baked free formed on parchment paper lined cookie sheets but it's riskier. The loaf pans will keep the tucked away seam in its place at the bottom. Slice only after bread is cooled, if only I would listen to my own advice! My crust came out super crispy, so when I took the loaves out of oven, I covered them immediately with kitchen towels. The consistency was perfect crispiness outside and beautiful softness inside! You have to think on your feet, lots of factors affect baking bread, level of humidity, temperature and more. I happened to bake on our very first super cold day this winter.