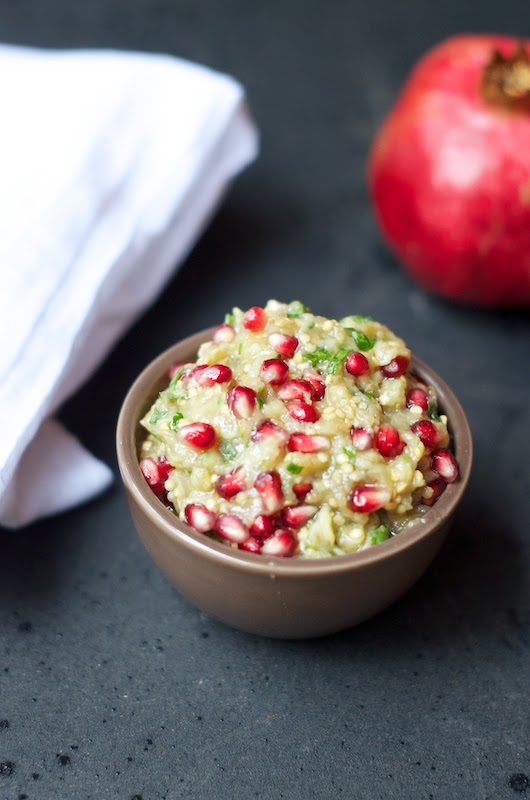 It took me years to become Yotam Ottolenghi's champion, for the mere reason that both he and Sami Tamimi make what I consider a very familiar to me food.  When I eventually got Plenty from Amazon and then recently Jerusalem: A Cookbook review copy from their publisher, I recognized the brilliance of the subtle twist on simplicity. 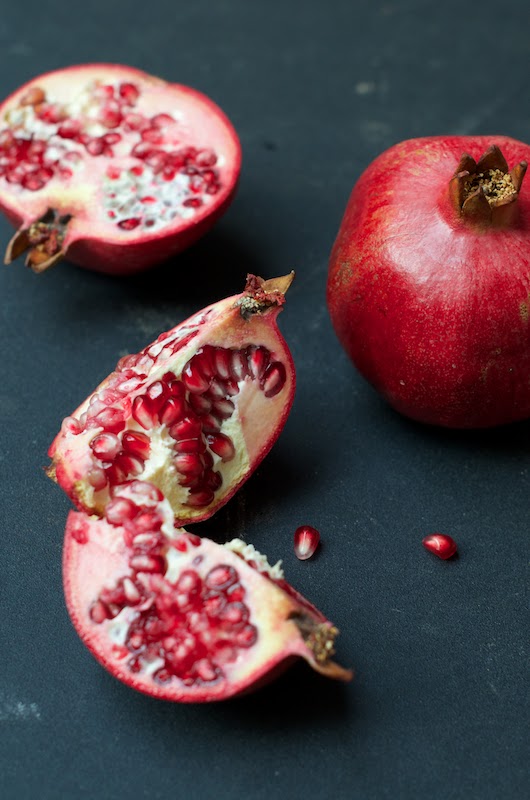 I was ogling the upcoming Jerusalem: A Cookbook for months. I am not accustomed to pre-ordering, but I've been following the press coverage and occasional recipes that showed up in the media, so I was tempted to add Jerusalem to my queue. When I opened the package that was sitting on our front stoop, I let out a shriek. My obsession, fed and sated. 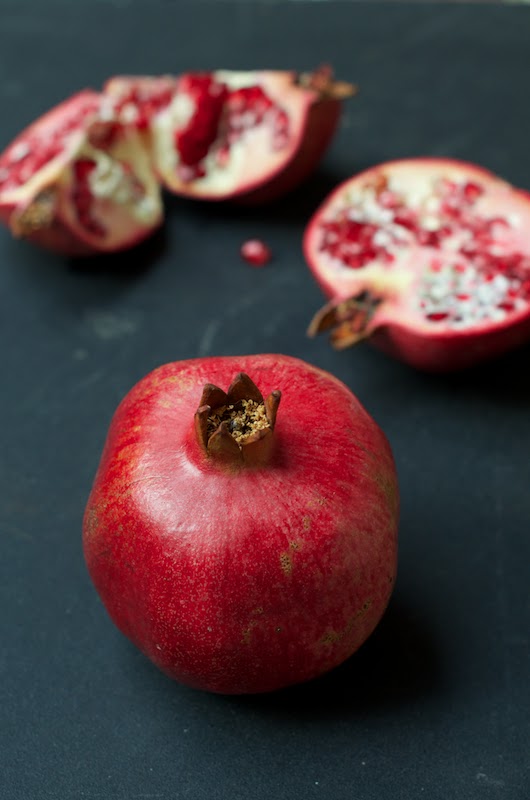 As Jonathan is particularly crazed about anything aubergine, I decided on this recipe to inaugurate cooking through the book. At a first glance the recipe seems similar to many Middle Eastern baba ganoush recipes, only for the zest of lemon that elevates it as reinvented. To think that I almost didn't add the lemon zest seems now sacrilege. Read this Huffington Post Taste rave review I couldn't have put it better. 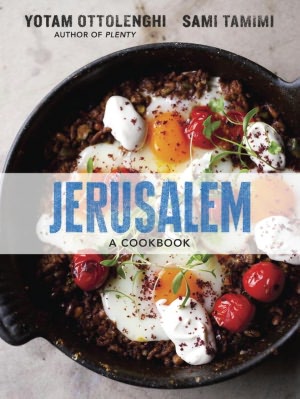 Burnt Eggplant with Garlic, Lemon and Pomegranate Seeds
adapted from Jerusalem: A Cookbook

Char eggplants on a stove top, grill or on a broil mode in the oven. Turn around so it is charred all around. When broiling, I removed the stem and forked the eggplant all over the surface of the skin.

Let eggplant cool once charred all around. Peel and with a fork separate into strands. Add 2 tablespoons of lemon, mix and let strain in a fine mesh strainer for up to an hour. Cook's note: I add the lemon immediately so the eggplant won't oxidize too much. I let it strain for 20 minutes only.

Add the rest of the ingredients including 1 tablespoon of leftover lemon juice , mix, adjust for salt and refrigerate until serving. We loved it today as we were having it for lunch with olive bread during Hurricane Sandy. You all out there in Sandy's path,  stay safe! We had some tree damage and our driveway is now blocked but we are safe.

The proportions in this recipe are different from the book as well as the directions.