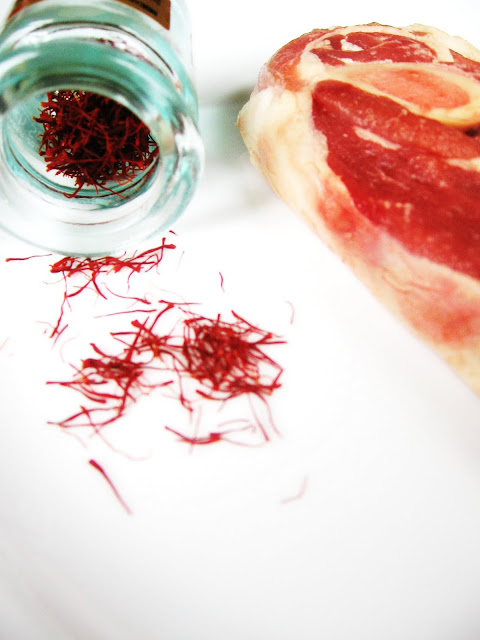 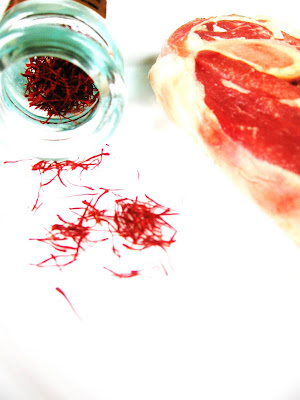 Not politically correct but I LOVE me some Icelandic lamb!! New Zealand has a more 'lamby' taste similar to Mediterranean chops on the grill, good option when Icelandic is not available, but my first choice would be Icelandic.  In 2009 Whole Foods had Icelandic come in October, Mid Fall.  In September 2009, around the holidays when I really need lamb shoulder for the Moroccan lamb dish I make every year, it was a bit early in the season for Icelandic.  Got some New Zealand, and the butcher was trying to promote some locally raised, and gave me couple of lbs to sample, in the hopes that I would come back and buy locally raised, sustainable organic lamb.  Let's back up a bit, yes the butcher at Whole Foods, you would think I were at the local butcher shop, impressed?? You should be!!  I surely was!! I do try to buy organic, local and sustainable food most of the times, especially when it comes to produce, but I've got my limits too....I hit my threshold when it came to lamb. Grassfed Icelandic lamb has a tenderly mild flavor to it, falls off the bone when cooked and is truly a luxurious delicacy. Although fat content is enormous in lamb, the local one, although chances are might have been Icelandic or New Zealand origin, was, believe it or not, fattier, with a flavor I can't really pinpoint, or articulate.  It was neither traditional like New Zealand lamb nor mild like Icelandic one,  it also had gummier texture and taste to it even when cooked. 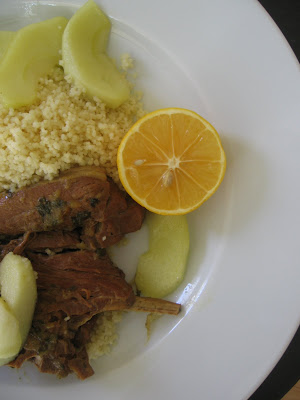 Back home in Israel, I almost blocked out childhood memories of the pre holiday preparations and cooking, with one ritual and a special holiday treat, my mom, and even to this day, a friend of mine will exercise once in a while.  Couple of families will get together and decide to share a freshly butchered lamb for their Indian holiday delicacies....a lamb they chose, like picking a fresh lobster from an aquarium, or daily fresh catch in fish joints sort of way. I remember, when my friend, in anticipation of her Northern Africans holiday dishes, approached a Bedouin shepherding his flock, between the refuged undeveloped hills, where new neighborhood sprouted all around, and the Bedouin and his flock were remnants of days gone.  Surprisingly enough this was just South of Tel Aviv and a deal was made. There will be lamb for the holidays at my friend's house.  Talk about grass fed, organic, local and sustainable!! No clue of the origin of the poor little lamb, I doubt it had biblical ancestry.
This recipe I usually save for very special occasions, but as it turns out, I was running low on everything, and it was the one of only couple of things left in the freezer.  I grabbed some Icelandic lamb shoulder (both cuts, blade chops and arm chops) when it was on sale, and stuck it in the freezer.  I use onion, cilantro and honey liberally in this recipe.  Use this as a guideline and adjust according to your taste.  I am heavy handed with honey to get that instant sweetness, under the assumptions that there will be no leftovers.  Leftovers will be way too sweet the next day if you are heavy handed with honey, but not on the day of cooking. Do not be heavy handed with the saffron!! This time around when carmelizing the garnish, apples in honey, I used Meyer lemons for the lemon juice.  It was delicious bite together with a bite of lamb.
Moroccan lamb with prunes and honey and carmelized apples with Meyer lemon
Recipe adapted from Paula Wolfert's
Couscous and other good things from Morocco
Ingredients:
3-4 lbs lamb shoulder (both cuts, blade chops and arm chops, see each featured in raw and cooked pics)
4 tablespoons canola oil
Pinch or two of saffron
Touch of salt
1/2 plus teaspoon fresh black pepper
1 scant teaspoon ginger
1/2 teaspoon cinnamon
1 medium or large grated onion
1/4 -1/2 bunch cilantro leaves, chopped
1/2 lb pitted prunes
1 cup finely diced onion
1/4-1/2 cup honey
2-4 granny smith apples
Directions:
1. Add grated oil, onion, cilantro, saffron, salt, pepper, ginger 1/4 teaspoons of the cinnamon and let it cook on low medium, until it incorporates a bit, for couple of minutes, and releases great aromas
2. Add chops and dip in mixture, coat both sides and let cook both sides for couple of minutes on each side
3. Cover the meat with water and bring to a boil.  Reduce to low, medium and simmer for 1/2 an hour
4. Add cup of diced onion and remainder of cinnamon along with honey and continue simmering for half an hour longer
4. Soak prunes in cold water and let sit for half an hour, drain and add to tagine.  Cook until puffs...I actually cook for 20-30 minutes longer for a total of an hour and twenty minutes for the tagine
5. Minutes before serving, peel, core and slice apples and immediately place in frying pan with honey and Meyer lemon juice.  Mix and cook until soft.  It a real quick toss, the apples soften really fast
Serve with couscous and garnish with apples!!
at January 17, 2010
Newer Post Older Post Home
©2009-2020 Shulie Madnick. All rights reserved.