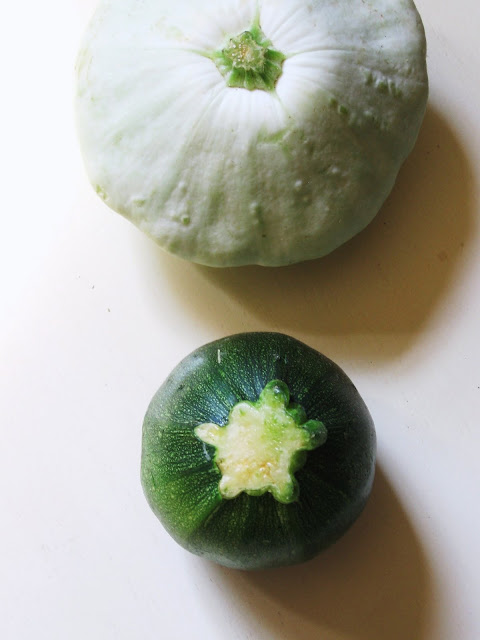 I have these images of 'Indianized' zucchini and corn fritters for awhile now. I have experimented with them for Passover, back in March, with Matza (unleavened bread) which proved to be a disaster. The nagging of the images and the fantasy of the flavor kept me unsettled so I went to Whole Foods to pick up some fresh corn and zucchini where I bumped into Eight Ball and Baby Boo (see recipe for Baby Boo from previous post here). 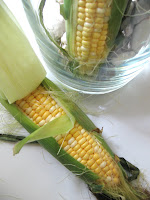 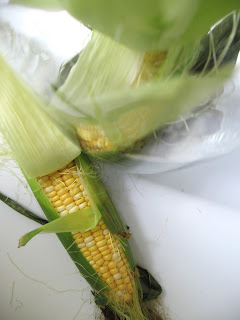 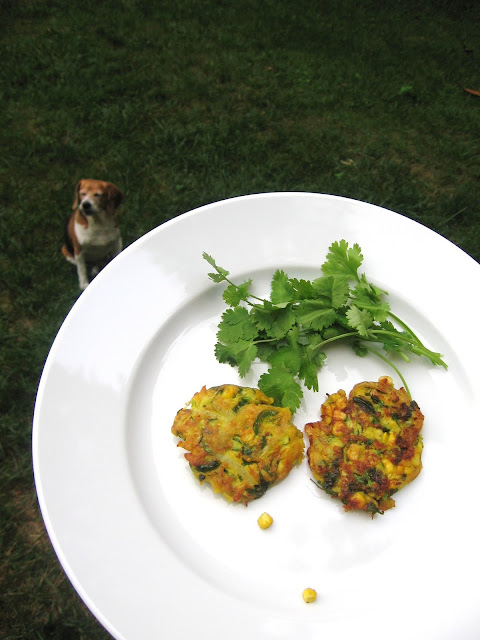 You would think we were in Vegas or some smoky parlor with names such as that, but once I laid my eyes on these beauties I couldn't resist but have them. Baby Boo proved to be thin skinned great for stuffing and I would grate Eight Ball just like any other zucchini (I guess I should have bought just a plain old zucchini) but still I desired them and next thing I know they were home with me. What started as corn zucchini fritters, Indianized, now became two recipes. Stuffed Baby Boo from my previous post and this zucchini corn fritters, 'Indianized'. There was a bit of comedy of errors with the names, they were not posted on the signs so I called the produce department at Whole Foods today, they were very helpful, but in between the guy's accent and mine it was like the blind leading the blind. He insisted the zucchini is called 'Eat Ball' and the Baby Boo white pumpkin sounded to me like 'Betty Bang' we were like dogs running in circles trying to chase our tails and getting nowhere...until I googled it and ran into The Nibble website with great squash glossary you will find here. You can imagine how delighted I was when I saw the names for these lovely Summer squashes.

I wanted to give this classic Indian recipe a Summer and American flair with Eight Ball as a Summer squash and corn as North American reigning vegetable.  From a quick internet search I gathered, corn is a cultivated grass. Although the ancestry of squash is American the zucchini, a Summer squash, was developed in Italy. The Eight Ball is a Summer round hybrid zucchini.  The cross pollination in many cases is done in an open air field between spherical squashes to zucchini to maintain as much as possible to characteristics of the zucchini.

Ingredients and Directions you will find here.
Instead of 3 onions use the following:
1 large onion
2 eight ball zucchini, grated
Corn kernels from one cooked fresh corn
Also:
2 eggs instead of 1
3/4 cups of chickpea flour instead of 1/2
Rest of the ingredients and directions follow as above or here,
Serve with mango chutney in the link above.
*Note on Eight Ball: The zucchini releases a lot of water therefore more binding in form of egg and chickpea flour needed. You can also use Eight Ball for stuffing the way Baby Boo was used in previous post here.
at June 27, 2010
Newer Post Older Post Home
©2009-2020 Shulie Madnick. All rights reserved.