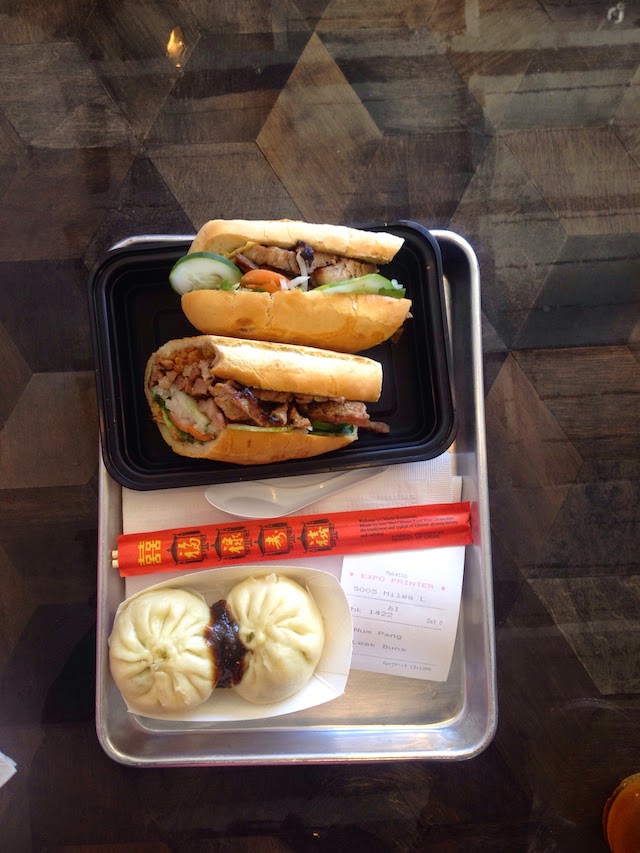 Not often do we say, "this is a great addition to the DC food scene," but with the much anticipated opening of Maketto, we can safely say so. Maketto instantly became (yes already) an iconic DC establishment and it's barely opened. Together with Busboys and Poets, Meskerem that is now gone, Ben's Chili Bowl and Pho 75 (among others), the new millennial Maketto will quickly become quintessential DC just like its older counterparts.


With all the new restaurant openings that often are ok, even good, but somehow manage to miss the mark, Maketto with its carefully curated small menu is spot on.

Chef Erik Bruner-Young has already made his mark on DC with the beloved Toki Underground, down on H St., but Maketto, on so many levels, is on a different stratosphere altogether.  The concept is a sleek two story building with a quirky mix of 3rd wave coffee shop, men's designer clothing and Cambodian and Taiwanese menu offerings. With super clean lines, yet welcoming fluid indoor and outdoor spaces, the chef, Erik Bruner-Young, has struck again with his pop culture, cool sensibility. It manifests itself in the curated items for sale, tobacco scented candle?!, and an eclectic custom made vending machine with Japanese anime, maybe I'm getting mixed up with Toki?! Condoms and tampons round out the vending machine offerings. The basics! (insert a smiley face here). 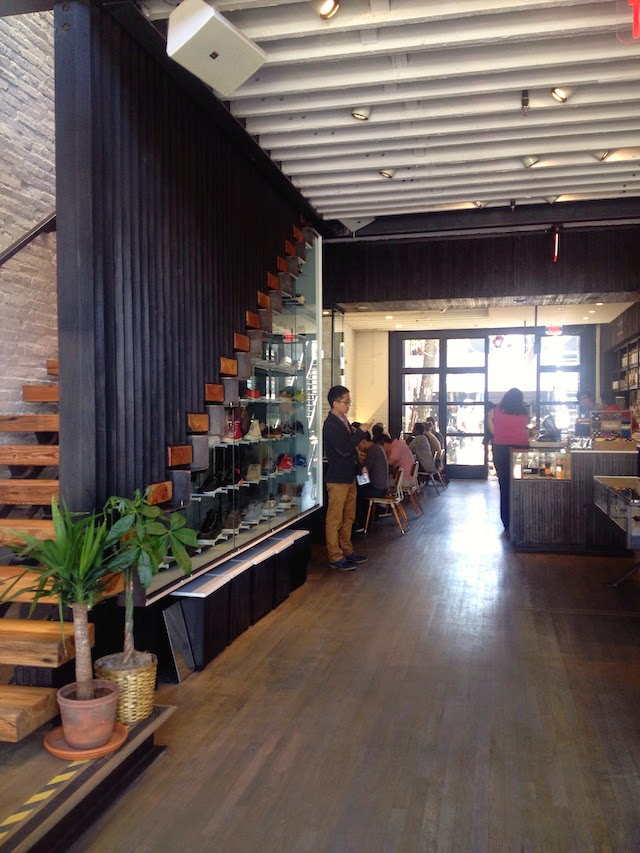 The very tight small menu, even smaller at lunch time, is curated to perfection. The bahn mi type Cambodian sandwich my friend Jeanne ordered at $9 is generous with sliced pork and so many carefully thought through layers. The cotton candy like strings popping through the sandwich were dry shredded pork according to my friend Jeanne. She said it's called Ruo Sung and is popular among the kids in Asia as much as peanut butter and Jelly is popular with the kids here. Added crunch with deep fried wonton skins and tanginess from delicately pickled vegetables makes this sandwich super satisfying and delicious. Jeanne picked the jalapeños out.

Since I don't eat pork, I ordered the pan fried leek buns, at $6 for two, which were steamed not fried. Jeanne said Asian leeks are different from what we are familiar with. I've got to go to H Mart and check out what she's talking about. Jeanne, who is a Taiwanese born Californian, hammers into me some Asian cuisine tid bits. We were discussing over steaming and different types of bun doughs, including but not limited to translucent rice flour one. The buns made her reminisce about Take A Bao, a gourmet fast food outpost out in LA, and bao on Beverly Blvd which is more of a typical Hong Kong style dim sum. 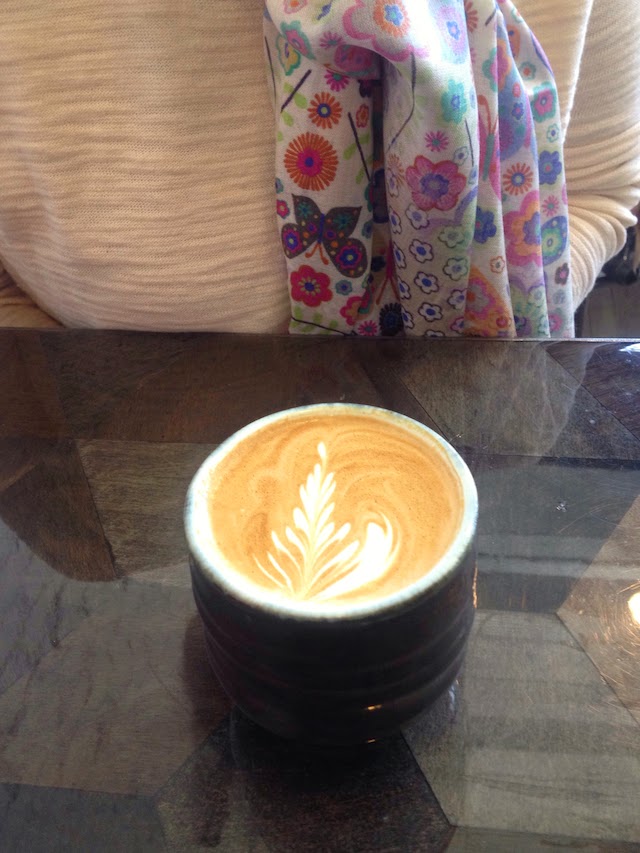 I usually shy away from Asian buns, as they are typically filled with pork. I also thought I would find them too doughy.  To my surprise, I loved every single bite of the leek buns with a touch of the hoisin sauce on top.

Tomorrow, I am heading back to Maketto with J and our own 22 year old millennial and his childhood friend. We are starting with an early dinner and exploring the H St corridor so they can meet up with their friends later. I hope it won't be mobbed as midweek seemed a tad sparse but quickly got busy. Lastly, doubtful, but maybe, just maybe my son will think that somehow I am now cool.

Disclaimer: I do not get comped by restaurants to write these posts. I share only establishments that I love or that somehow struck a cord with me. Shot on the iPhone 4s.