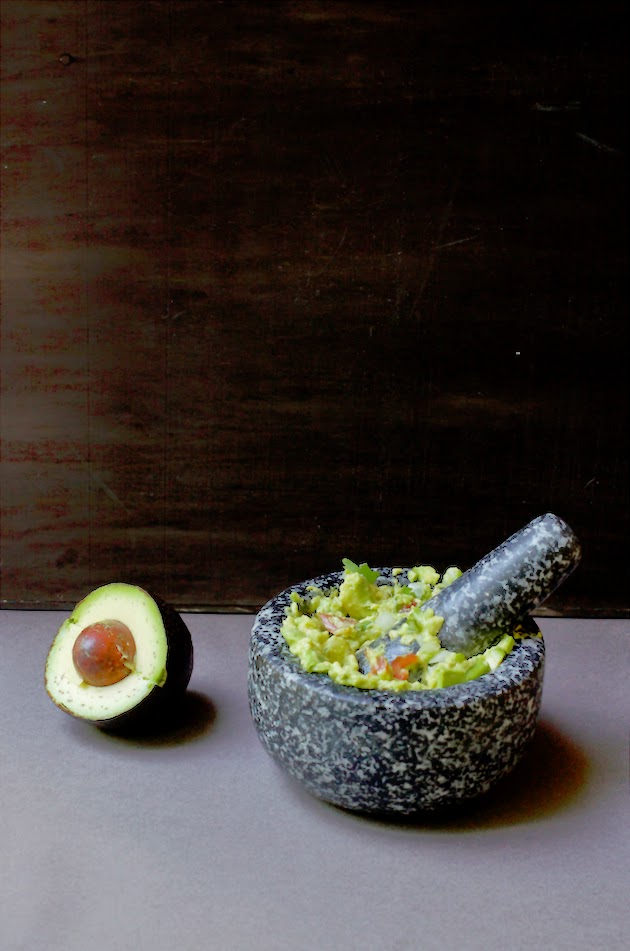 When I wrote 'Shakshuka; A Food Memory' and Indian Shakshuka - Poached Eggs in Curry Sauce I mentioned my dad's entire cooking repertoire consisted of two dishes total. He always made one or the other, on Friday afternoons, to carry us over till dinner time. The first of the dishes was the shakshuka but the second was the guacamole. 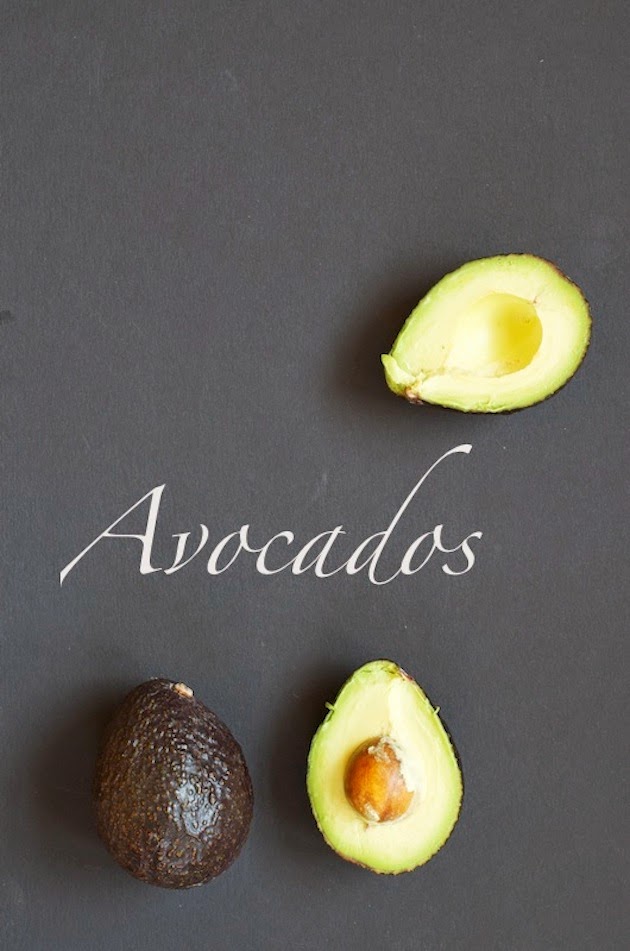 If you are an Israeli, chances are, you love, I mean LOVE, avocados and guacamole. It's a much neglected and maybe little known fact.

I was curious about this fruit, the avocado (though I think of it as a vegetable), that is native to Mexico and Central America. How did it end up in Israel? I found this document and further readings from 1965.

The document sites:
"In the third decade of this century there were only a few avocado trees in Palestine. Avocado culture grew very slowly during the fourth and fifth decade, but during the last 12 years plantings have increased at a more rapid rate. There are now over 2,000 acres of avocados in the State of Israel. Since 1964 the planting of avocados is subject to the approval of the Fruit Marketing Board and is limited to a total of about 200 acres a year."

How fascinating! With weather in coastal Israel similar to Southern California and with cutting edge agricultural innovation and technology, no wonder this crop grew from "virtual obscurity" to become a big part of the Israeli diet. 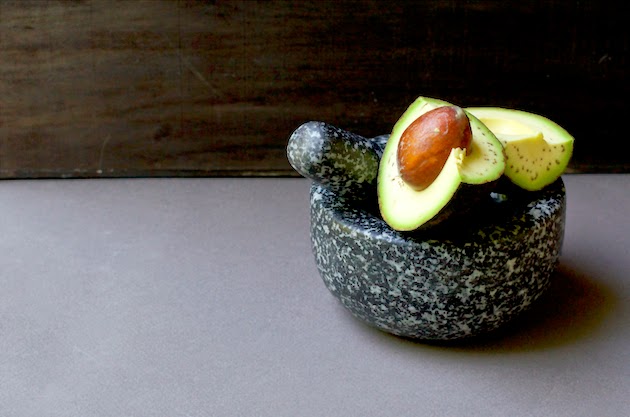 Considering my parents are from Mumbai, India, I wished to cover all bases and rule out the possibility that they picked up the avocado 'habit' over at the sub-continent.

In any event, I came across this document, by The Food and Agricultural Organization of The United Nations about 'Avocado Production in India'. It has loads of good information about the avocado history and 'migration', so to speak, but also about nutrition. "Rich in protein (up to 4%) and fat (up to 30%), but low in carbohydrates, The fat is similar to olive oil composition..Avocados have the highest energy value (245 cal/100 g) of any fruit.." the document sites. What fascinated me in this document was the conclusion:"Due to the availability of a large number of fruit crops in India and consumer preference for more palatable fruits of sweet taste, avocado has not caught the imagination of the average Indians."

I am not certain when this document was written but it confirmed my suspicion that The Indian Jewish community picked up the avocado 'habit' after emigrating to Israel. That and a quick phone call to my mom. 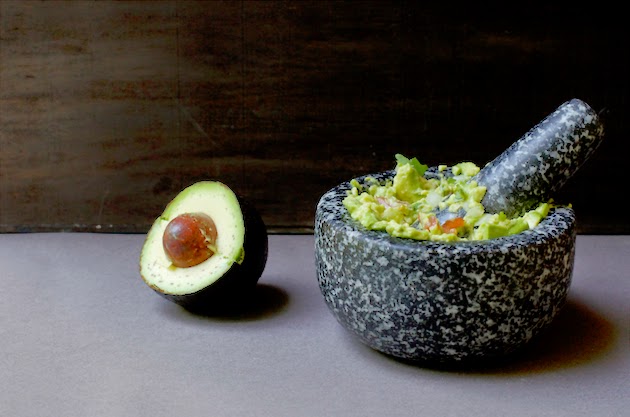 While telling, my husband, Jonathan, about my research, with one of his earphones dangling out of his ear (he is addicted to podcasts and NPR), he tells me "did you hear that every time we eat an avocado we give $$ to the drug cartel?" He heard a podcast or on the radio just recently about it. I googled Mexican cartel and avocados and my search turned up '"Blood Avocados": The Dark Side of Your Guacamole'. Another fascinating read, yet a sad reality.

Here's to another argument in favor of California and US avocados and the eat local movement, I guess.

The Mexican avocados issue falls into the food politics realm which makes me shudder. My skin crawls at the thought of writing about food politics. In fact, in the last five years I came across a few pretty serious food politics issues while writing. On one occasion, I shockingly found out, while interviewing a farmer growing a crop I was fascinated with, that it was organic, but well into the conversation, turns out it's GMO. Unsettling, right?! I abandoned the article. Food politics creeps me out. Until I develop a thicker skin I leave it to others to write about.
This post was really sparked by our lunch this past Sunday which got the ball rolling.  Long story short, Jonathan and I went scouting watering holes for 20-30 people. Don't ask! We had to have lunch. I saw that Rosa Mexicano, a national and an international Mexican restaurant chain, opened a location where we were scouting. I've heard so much about their table-side guacamole making. Jonathan was at their Miami location just a couple weeks back. So we went in. The guacamole lived up to its reputation and more. It reminded me of my dad's guacamole which brings me right back to the beginning.

Rosa Mexicano is a great pre-dinner margarita and guacamole or a happy-hour pit stop. I think I can have their guacamole all day long. The food at lunch was ok, we had beef and chicken soft tacos. We brought lunch leftovers for my son but couldn't take guacamole out. It doesn't have lime in it to preserve it from oxidizing. Besides, guacamole gets nasty if not consumed on the spot, with or without lime in it.

Our son loves avocados and guacamole (we've done something right!). I couldn't deprive him from having guacamole with his Mexican lunch, so I knocked off Rosa Mexicano's guac. Turns out, upon further research later, they've got the recipe with a video posted on their website here!

Speaking of the avocado, it is also known as alligator pear. How obscurely fabulous?!

Rosa Mexicano
575 7th St. at F St. NW
Washington, DC
202-783-5522
Another location in Chevy Chase and one at The National Harbor, MD. Look at the link for additional addresses.